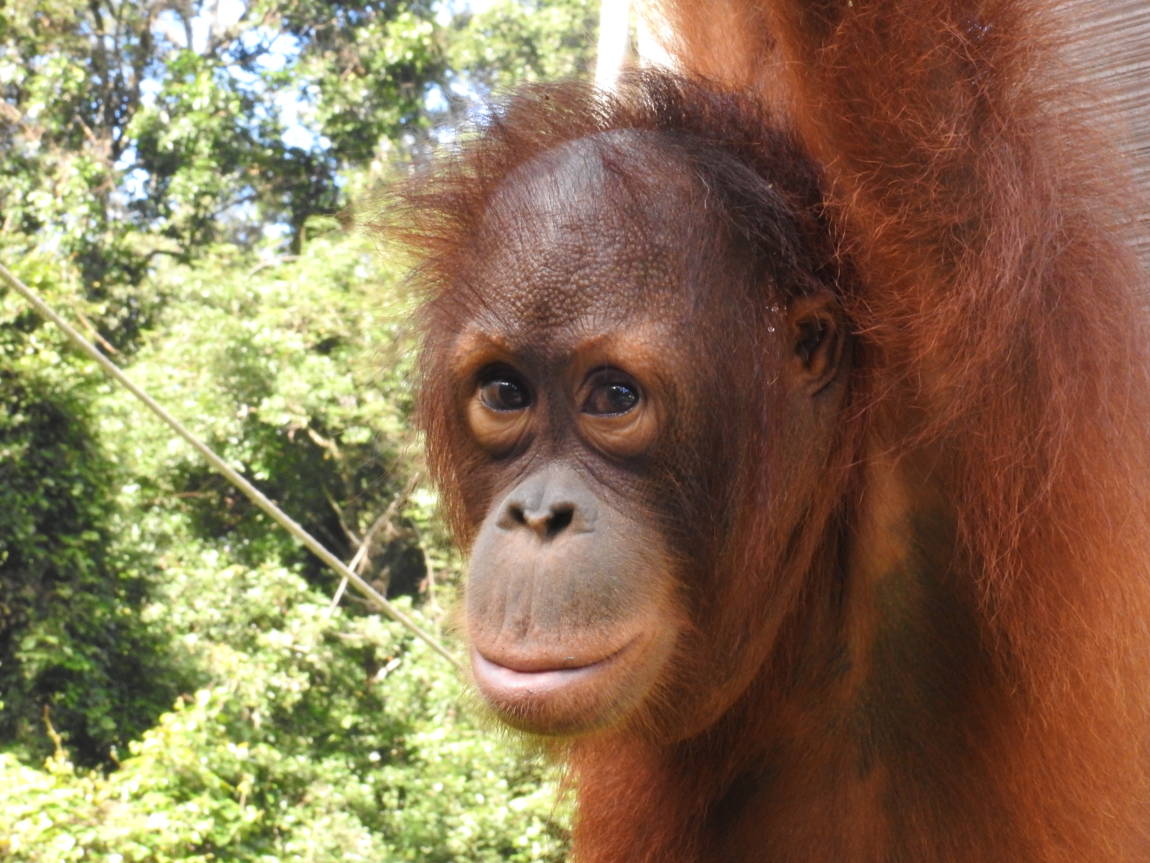 Our Monkey-Business is Going Well

You might recall that we adopted an orangutan named Peanut at the end of 2013.

At four years old, Peanut has had a very exciting development in his rehabilitation journey – he has graduated to the Outdoor Nursery!

Weighing 19kg, Peanut is quite a large orangutan for his age, but his graduation was nevertheless a daunting experience for the youngster. At first Peanut was very wary of the older orangutans at the Outdoor Nursery, which is located approximately 600 meters into the Kabili rainforest reserve, and was too shy to even explore his new surroundings. However, with a bit of encouragement from his old friends Beryl and Bidu, Peanut gradually started to take interest in his new home, and it wasn’t long before he had even gained enough confidence to scare the mischievous macaques away from the feeding platform.

As a friendly and curious orangutan, Peanut has been quick to follow his friends’ example and start to practice the skills he has been learning since his rescue over three years ago. Peanut has grown into a good climber and having access to the tall trees of the reserve will allow him to build on his previous success. While travelling into the forest, along with some of the semi-wild orangutans, Peanut decided that he was enjoying his new independence and didn’t return to the Nursery for 3 days and nights! Building a nest to sleep in for the night is a very important ability for a young orangutan. In the wild, orangutans are often able to make a nest from branches and leaves in a matter of minutes and sometimes up to 100ft up in the tree canopy. It is a very positive step for Peanut to spend time alone in the rainforest as this will benefit him for a future in the wild, although he must now learn to practice his nest building skills!

Aside from his adventure into the jungle, Peanut usually makes sure he returns to the Nursery at lunchtime to see what is on offer for him. At Sepilok, the food given to the young orangutans is deliberately kept fairly bland to encourage them to forage for their own in the forest. Encouragingly, Peanut has recently been seen foraging for leaves at the edge of the reserve. Orangutans are frugivores, which means much of their diet is made up of fruit. However, when fruit is not readily available they also eat leaves, seeds and bark. An orangutan’s teeth are specially adapted to this type of diet as they have much thicker enamel on their teeth than other great apes such as chimpanzees. This strong enamel protects their teeth against the hard foods they eat when they are unable to find fruit. It is good to see Peanut being inquisitive about the choices on offer in the rainforest and it is a promising sign that his foraging will only continue to improve.

His move to the Outdoor Nursery has been a big step for Peanut in his rehabilitation and he must now focus on his lessons and work hard at practicing what he has been taught. This is an exciting time for Peanut and we will be following his progress very closely! 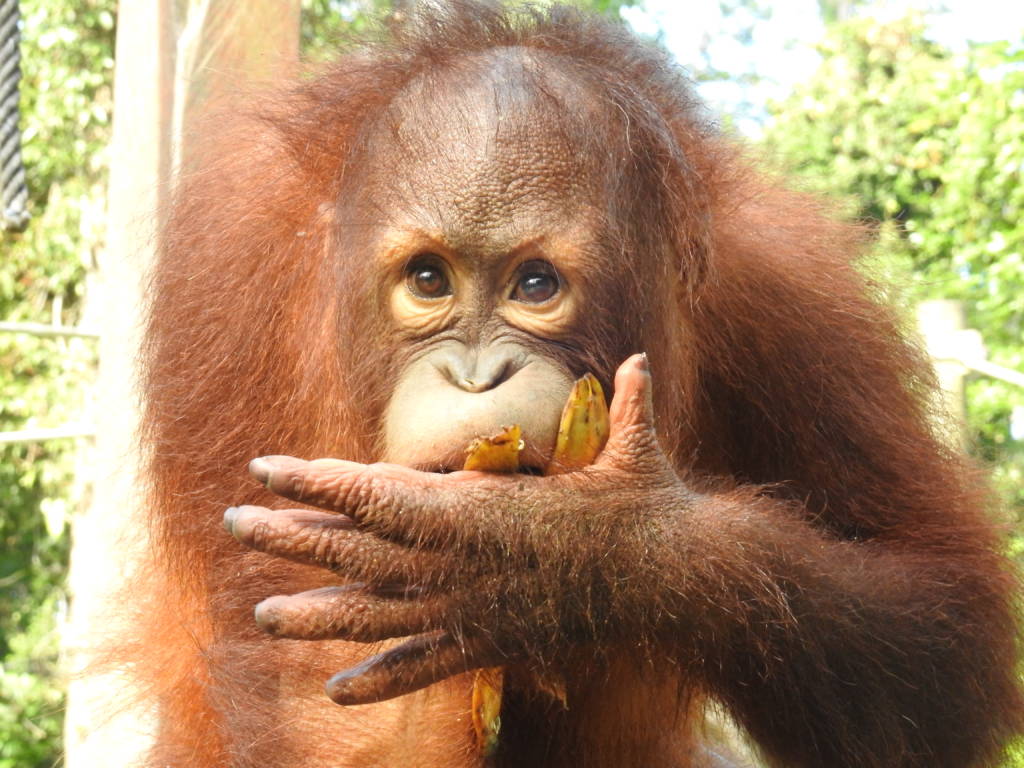